Oil steady at mid-USD 73 a barrel after rise overnight

Oil prices were steady Thursday after jumping in the previous session on unexpected declines in U.S. refinery utilization rates and crude and gasoline inventories. 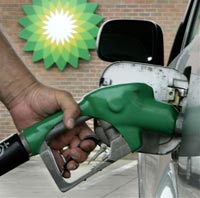 Oil steady at mid-USD 73 a barrel after rise overnight

Light, sweet crude for October delivery fell 1 cent to US$73.50 a barrel in Asian electronic trading on the New York Mercantile Exchange, mid-afternoon in Singapore. The contract rose US$1.78 to settle at US$73.51 a barrel Wednesday.

The crude and gasoline inventory declines in the U.S. suggest the refining industry is easing back from what had been a scramble to produce more gasoline to supply the peak summer driving season, which ends this weekend.

In London, October Brent crude advanced 9 cents to US$72.22 a barrel on the ICE futures exchange.

Natural gas futures rose 1.9 cents to US$5.60 per 1,000 cubic feet. Natural gas inventories are already at record levels, and prices are lower than they were a year ago, which could be good news this winter for people who rely on natural gas for heating.