Federal Reserve will have to take action to ease a growing credit crunch, if the normal market conditions are not restored. 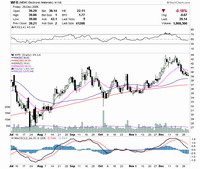 A cut in one interest rate came 10 days later, and analysts are expecting a broader rate cut when Chairman Ben Bernanke and his Fed colleagues meet in September.

The Fed, however, did not feel an immediate need to step in at its Aug. 7 meeting. Instead, the Fed left a key interest rate at 5.25 percent, where it has stood for more than a year. Policymakers left rates alone even as they acknowledged that the worsening housing slump, credit problems and turbulence on Wall Street had increased risks to the economy.

Bernanke and his central bank colleagues "expected a return to more normal market conditions," but they recognized that might not be the case, according to minutes of the closed-door meeting released on Tuesday.

"A further deterioration in financial conditions could not be ruled out, and to the extent such a development could have an adverse effect on growth prospects, might require a policy response," the minutes stated. The minutes did not say what that response might entail.

"Policymakers would need to watch the situation carefully," the minutes stated.

They did. Ten days later - on Aug. 17 - the Federal Reserve took the unusual step of slicing by a half percentage point the interest rate it charges banks for loans to 5.75 percent. That narrowly tailored move was aimed at propping up sagging financial markets. The Fed also has pumped billions of dollars into the U.S. financial system to help banks and other institutions get over any cash-flow problems and more smoothly carry out their businesses.

Economists and investors believe the odds are rising that the Fed will move to lower its key interest rate now at 5.25 percent by at least one-quarter percentage point on or before Sept. 18, its next regularly scheduled meeting. This rate, called the federal funds rate, is the interest banks charge each other on overnight loans and is the Fed main tool for influencing overall economic activity. A reduction to the funds rate would mean lower interest rates for millions of consumers and businesses.

On Wall Street, stocks sank further as the Fed minutes failed to soothe investors, who were hoping for a stronger sign about a cut to the federal funds rate. The Dow Jones industrials were down around 180 points in afternoon trading.

Credit is the economy's life blood. If it becomes too hard to get, spending and investment by people and businesses can stall, short-circuiting economic growth.

Fed policymakers at the Aug. 7 meeting were hopeful that the economy would be able to weather the financial storm. They predicted the economy would grow modestly in coming quarters. However, they recognized that problems in housing, with bad mortgages and the fallout on Wall Street were raising increasing risks to the economy.

"Several participants noted the risks that house prices could decline significantly and that credit standards for home equity loans could be tightened substantially as factors that could weigh on consumer spending," the minutes said.

On the business side, "participants recognized that conditions in corporate credit markets could change rapidly, and that adverse effects on business spending were possible," according to the minutes.

A lessened appetite by people and businesses to spend and invest would slow overall economic activity.

The economy had rebounded in the spring, although the sour housing market was expected to be a damper on economic activity. After the credit crunch took a turn for the worse in August, economists said they expected housing's problems to drag on into next year.

Fed policymakers at the Aug 7 meeting said "the adjustment in the housing sector could well prove to be both deeper and more prolonged than had seemed likely earlier this year."

At that meeting, the Fed determined that the "downside risks to growth had increased somewhat." Even so, the Fed continued to identify inflation as the biggest risk for the economy.

By Aug. 17 as the credit crunch spread and financial markets grew more turbulent, the Fed found the "downside risks to growth have increased appreciably," a grimmer assessment than it had offered earlier in the month. Fed policymakers, in their new assessment, did not mention the threat of inflation.