The British pound soared above US$2.05 Wednesday for the first time in 26 years. 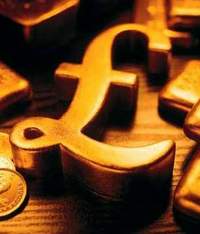 In the meantime, the euro hit a record high against the dollar Wednesday in Asia amid renewed speculation U.S. subprime loan woes could further dent the value of the American currency.

The U.S. dollar's decline against the yen came in a chain reaction of dollar sales.

Earlier in the day, The Wall Street Journal reported Bear Stearns, a New York-based securities firm, as saying two hedge funds it manages that have made big bets on subprime mortgages are now almost worthless.

The report triggered nervousness among Tokyo players, who now see the U.S. currency as likely to extend losses versus other major currencies due to a possible downturn in U.S. stocks.

Subprime-related issues could drive down share prices in the housing and financial sectors, said Michiyoshi Kato, a senior trader at Mizuho Corporate Bank.

"In the worst case scenario, a U.S. stock plunge may lead to sinking global stock markets, and growing risk aversion could keep weighing on the dollar," Kato said

Others said the U.S. currency could also suffer because the subprime issue might lead to a drop in U.S. long-term interest rates.

Unless good news for the dollar emerges, the currency "will remain under great disadvantage," he said.

Looking ahead, market participants are paying attention to Federal Reserve Chairman Ben Bernanke's speech to Congress later Wednesday for clues on the future course of U.S. housing markets and the state of the economy.