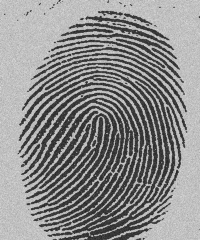 Covarrubias, 49, of Nogales, Mexico, and Nogales, Arizona, was arrested Wednesday by federal drug agents. He was charged with conspiring to distribute more than a ton of marijuana in central Pennsylvania and elsewhere, and with being an accomplice and accessory after the fact to marijuana dealing.

The charges are the result of an investigation into a Harrisburg-based drug ring for which 34 people have been charged and 27 have pleaded guilty or are expected to plead guilty.

Federal prosecutors allege that the organization was headed by Rodney "Jamaican Mike" Hutchinson, 38, and sent money by courier to Tucson, Arizona, to buy Mexican marijuana. The ring then allegedly sold it in central Pennsylvania, Philadelphia, New York and elsewhere.

Covarrubias allegedly removed George's fingerprints sometime in the summer of 2005. George, 42, of Jamaica, has been indicted for money laundering and drug trafficking in connection with the same investigation.

The indictment did not say how the fingerprints were removed, and an expert with the Latent Print Certification Board said it would be difficult, if not impossible, to successfully remove all the ridge detail from someone's hands.

"I assume that it could occur, but I've not heard of it occurring," said Lyla Thompson, the print board's chairwoman who works at the Johnson County crime lab near Kansas City, Kansas "It would be a pretty extensive procedure."

Covarrubias, Hutchinson, George and five others were named in a superseding indictment issued by a grand jury in Harrisburg on Wednesday.

Trial in the case is currently scheduled for August.