After continuing problems with the project, Tajikistan will break a 1 billion US dollar (735 million EUR) contract with Russian aluminum giant OAO Rusal for a hydroelectric plant. 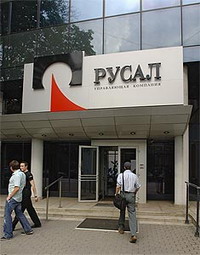 The Rogun dam, crucial for the impoverished Central Asian nation, has been stalled from the outset by disputes between the government and Rusal. In January, the Tajik government accused the company of failing to fulfill the contract signed in 2004.

Sharifkhon Samiyev, head of the Tajik national energy company, said the government now intends to create an international consortium to complete the project. Russian companies, except Rusal, would be welcome to join, he added.

"There is a (government) decision to bar Rusal from working in the country," Samiyev said.

But, Rusal's office in Tajikistan said the company remained committed to the dam.

"We don't know of any changes from the Russian side in relation to our participation in this project," a company statement said.

Tajikistan has long sought an investor to complete the dam on the Vakhsh River, 120 kilometers (75 miles) east of the capital, Dushanbe. Construction was interrupted by the 1992-97 civil war.

The country's fast-flowing mountain rivers have a potential hydropower capacity of 527 billion kilowatt hours a year, among the largest in the world, according to international experts. Energy sales would bring a substantial boon to the former Soviet republic, racked by rampant unemployment and problems caused by increasing amounts of drugs being smuggled from neighboring Afghanistan.

The plant's completion would substantially increase sales of electricity to neighboring China, as well as to Pakistan and Afghanistan.

Russia's RAO Unified Energy Systems is involved in a US$480 million (363 million EUR) project to complete another major hydroelectric plant in the country.