Silvio Berlusconi:"Mediaset would consider investing in Telecom Italia to keep it in Italian hands"

Former Premier Silvio Berlusconi said Thursday that his Mediaset media empire would consider investing in Telecom Italia to help keep it in Italian hands, but that it would not take control of Italy's largest telecommunications company. 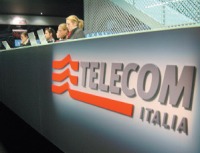 Silvio Berlusconi:"Mediaset would consider investing in Telecom Italia to keep it in Italian hands"

"We are available to do our part to defend the Italianness of such an important company, but as part of an action with other investors. We don't want to take control," Berlusconi was quoted as saying by ANSA.

American telecoms giant AT&T withdrew from talks earlier this week to acquire a stake in Olimpia, the unlisted holding that controls Telecom Italia with an 18 percent stake, from Pirelli & C SpA. The company cited regulatory uncertainties.

Pirelli was still talking with AT&T's Mexican affiliate, American Movil, which had been negotiating to buy a two-thirds share with AT&T.

On Wednesday, Mediaset, which is controlled by Berlusconi's family, denied it was in talks to take a stake in Telecom Italia, or in Olimpia.

But on Thursday Confalonieri said that Mediaset is "obviously interested in Telecom Italia."

He added, however, there are regulatory hurdles that would prevent Mediaset, which already owns three television channels, from acquiring a controlling stake in Telecom Italia, whose media unit controls two TV stations.

"We would never even think about acting alone," Confalonieri said. "The regulatory framework doesn't allow us. We could be involved (in a Telecom Italia deal) only with a non-controlling stake."