Nestle SA announced that it will buy Gerber Products Co. for US$5.5 billion (EUR4.1 billion), giving the world's biggest food and drink company the largest share of the global baby food market. 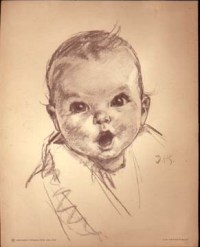 Nestle, which owns brands such as Nescafe, Perrier and Dreyer's, is also the world's largest manufacturer of infant nutritional products largely through its leading positions in developing countries such as Brazil and China but had no presence in baby food in the United States.

The cherubic face of the happy Gerber infant dominates the U.S. baby-food market, with the company holding a 79 percent share, according to Morgan Stanley.

"The acquisition of Gerber is the perfect complementary fit," said Nestle Chairman and CEO Peter Brabeck-Letmathe. "It not only gives Nestle the leadership position in baby food, but it also constitutes a decisive step to establish Nestle Nutrition as the undisputed global leader in the nutrition field."

Adding Gerber will help the company's nutrition business generate annual sales of close to US$8.2 billion (EUR6.1 billion). The company said it expects Gerber to generate sales of around US$1.95 billion (EUR1.45 billion) this year and a 10 percent sales growth in the long run.

"Our long-term growth objectives really are ambitious, but we set them for ourselves and are confident we will achieve them," said Richard Laube, who heads Nestle's nutrition unit.

Analysts said that although the price appeared high at first sight, it was in line with similar deals.

"Added to Nestle's existing baby food business in the U.S. and its overall North American business, this makes Nestle a very clear leader in infant nutrition in the U.S., where, unlike Western Europe, having babies remains in vogue," said Rob Mann, a Collins Stewart food analyst in London.

Nestle has coveted Gerber for more than a decade, first trying to acquire it in 1994, but losing out to Sandoz AG, which later merged with Ciba-Geigy to form Novartis. Since then, Novartis has taken steps to broaden Gerber's business beyond jarred foods.

In 2000, Gerber began selling a line of powders, oils and other toiletries for children, and in 2002 it launched microwavable meals for older toddlers. It also has a life-insurance unit. But the baby-food business has never been a good fit for a parent company that mainly sells medications.

Novartis, based in Basel, has shed several noncore businesses in recent years. In December, it sold its medical-nutrition division to Nestle for US$2.5 billion. Novartis is focusing on three main areas: inventing new prescription medicines, vaccines, and selling low-cost generic drugs and over-the-counter medicines.

"This transaction is also the right move for Gerber, as it will become a priority business in a leading global nutrition company," Novartis Chairman and CEO Daniel Vasella said in a statement.

The purchase is expected to be completed during the second half of this year, subject to approval by regulatory authorities, the companies said.

Leda Lhotska of the International Baby Food Action Network said she was concerned that Nestle's acquisition of Gerber would leave the market dominated by a company pushing hard to sell its products to every mother in competition with breast-feeding, which the World Health Organization considers vital for infant health.

"Both Nestle and Gerber ... are using marketing strategies that lead to discouragement of breast-feeding," Lhotska told The Associated Press.