United States Steel Corp. has made a $93 million (€70 million) joint venture with two South Korean companies. They plan to build a new domestic facility that will produce spiral welded pipe for the natural gas industry. 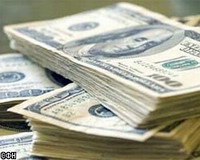 The announcement comes less than a week after U.S. Steel said it plans to buy Lone Star Technologies Inc., a Dallas-based maker of welded pipe used in oil fields, in a $2.1 billion (1.57 billion EUR) cash deal that will make it North America's largest tubular steel producer.

The joint venture gives U.S. Steel a foothold in the North American large-diameter line pipe market, which has seen demand grow after the recent announcement of new natural gas transmission projects, the company said in a statement.

"Spiral welded pipe would be a new market for us," said U.S. Steel spokesman John Armstrong.

The companies plan to build a new manufacturing facility in Pittsburg, Calif., capable of producing 300,000 net tons of spiral welded tubular pipes annually. Production of the 24- to 64-inch diameter pipe is scheduled to begin in 2008.

The new plant will be built adjacent to the facilities of USS-Posco Industries, a separate joint venture between U.S. Steel and Posco that makes coated steel products, U.S. Steel said.

U.S. Steel and Posco, the world's third-largest steel maker, will supply the mill with hot roll coil and the joint venture will be responsible for marketing the finished products.

Under the terms of the deal, U.S. Steel and Posco each will hold a 35 percent ownership stake, while SeAH will take a 30 percent interest. Profits from the venture will be shared among the partners according to their ownership percentages.

U.S. Steel, the largest U.S. steel maker, has said it will be able to produce about 2.8 million tons of tubular steel in North America annually after its acquisition of Lone Star is completed in the second quarter of 2007.