Authorities have arrested a German management consultant after raids at Siemens AG and a small labor union he heads, a judicial official said Friday. 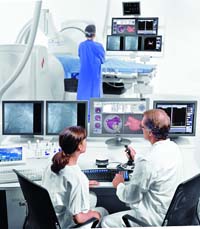 The official, speaking on condition of anonymity because he was not authorized to give the information to media, confirmed a report in the daily Sueddeutsche Zeitung that Wilhelm Schelsky, the head of the tiny AUB union, was arrested.

The Nuremberg prosecutors' office would say only that a businessman had been arrested on suspicion of tax offenses in connection with recent searches at Siemens and AUB.

AUB said the investigation was directed only against Schelsky and not against the organization.

Siemens spokesman Peik von Bestenbostel said Schelsky a former works council member at the company had acted as an adviser to Siemens on employee training and other issues.

Von Bestenbostel said the company canceled his contract as an adviser at the end of last year, citing insufficient evidence of services provided. According to Siemens, Schelsky had received payments totaling EUR14 million (US$18.4 million) from the company since 2001, reports AP.

The Sueddeutsche Zeitung quoted the head of Siemens' anti-corruption office, Daniel Noa, as saying the company rejects any suggestion that "we improperly influenced the work of the employee council."

Siemens has been plagued recently by separate corruption allegations, prompting Chief Executive Klaus Kleinfeld to hire an outside anti-corruption expert and a law firm to examine and revise the company's safeguards.