Supper At Emmaus, one of the masterpieces by Ttian, returns home

Supper At Emmaus, usually on display at the Louvre, is on loan to Milan's Ambrosiana Library as part of a three-painting celebration of the mystery of Christ's Resurrection . 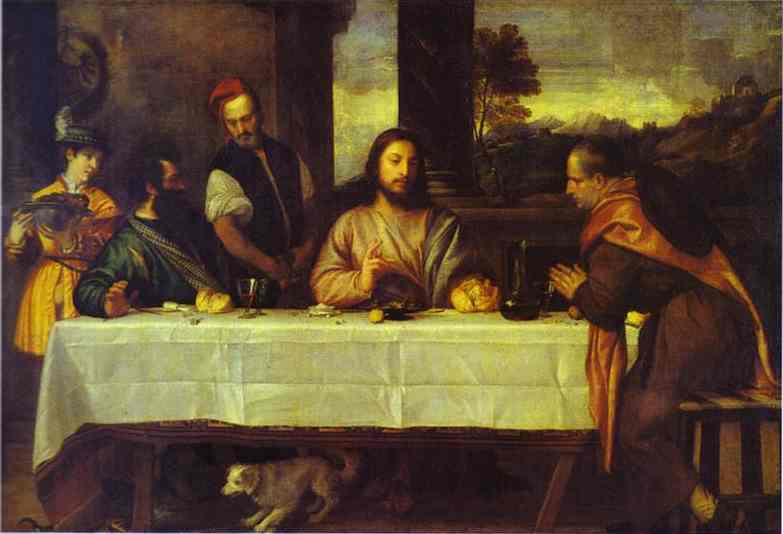 Supper At Emmaus, one of the masterpieces by Ttian, returns home

The other two works on display are Noli Me Tangere by Bernardini Luini and Marco Basaiti's Risen Christ .

Although Titian completed three paintings depicting Christ's appearance in the village of Emmaus on the day of his resurrection, the Louvre work is the most famous, according to ANSA (Italy).

The painting depicts a moment from the 'Supper at Emmaus', recounted in the Gospel of Luke. It shows Jesus sitting at supper, held at an inn in Emmaus, near Jerusalem, the evening sky and hills visible through a window in the background .

According to the Bible, Jesus encountered his disciples on the road and they, mistaking him for another pilgrim, urged him to eat with them. It was only when Christ blessed and broke the bread, as he had done at the Last Supper, that they recognized him .

The painting depicts the moment of recognition, as Christ breaks the bread at a table laid with other symbolic items: water and wine representing the Eucharist and two quinces, indicating original sin .

The Ambrosiana has infused the display room with the scent of freshly baked bread in order to render visitors' experience of the sweeping canvas more intense. Titian completed the piece in 1530 following a commission from the Mantuan ambassador to the Venetian Republic, Nicola Maffei, whose coat of arms was discovered during the restoration of a stool in a corner of the painting .