Afghan government supposes it could use force to end prison riot

Security forces with tanks and heavy guns surrounded Kabul's main prison Monday, as authorities resumed negotiations with rioting prisoners but warned they could use force. 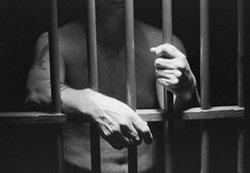 Afghan government supposes it could use force to end prison riot

Gunfire continued to ring out from Policharki jail on the outskirts of the Afghan capital, where officials say al-Qaida and Taliban prisoners incited a riot by hundreds of inmates late Saturday and took control of much of the prison.

Mohammed Ibrahim Sahdat, a government negotiator, told journalists after talking to the prisoners that four of the rioters had been killed and 38 wounded.

Hamidullah, a prison medic, said inmates had written in notes thrown to him from cell windows that five inmates had been killed and 30 injured in two separate cell blocks in firing by police guards.

It wasn't immediately possible to reconcile the different accounts.

Mohammed Qasim Hashimzai, the deputy justice minister, said he wanted to end the standoff peacefully, but warned that the government could use force.

"We can take all these prisoners in one hour," he told The Associated Press as he traveled to the prison to restart negotiations. "But to prevent bloodshed we are trying to negotiate."

Prison authorities cut off water, electricity and food to the rioters, said Abdul Salaam Bakshi, chief of prisons in Afghanistan.