The electric vehicle by Kalashnikov Concern, the concept of which was unveiled at Army-2018 forum, will be able to compete with Tesla electric vehicle, the head of the press service of the company said. The prototype was designed on the basis of Izh Kombi body. 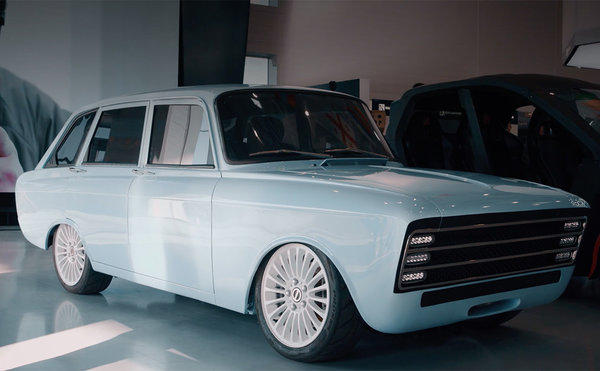 Kalashnikov develops its own electric vehicle to compete with Elon Musk's Tesla vehicle because the latter appears to be the most successful project in the field of electric cars so far, Sofia Ivanova, the head of the press service of Kalashnikov Concern said. However, Ivanova refused to specify which advantages the Russian electric car would have over Tesla.

Kalashnikov unveiled its concept car CV-1 based on Izh-21252 body at Army 2018 forum. It was said that the car battery would have a revolutionary inverter measured 50x50x100 cm that would be able to power up to 1.2 MW.