UK's Lehram fails to challenge the sale of Kuzbass mine

The Arbitration Court of the Kemerovo region dismissed the suit from British company Lehram Capital Investments LTD that was disputing the deal to sell its former asset - Kuzbass mine Gramoteinskaya, which, as the company believes, had been concluded under pressure, TASS reports. 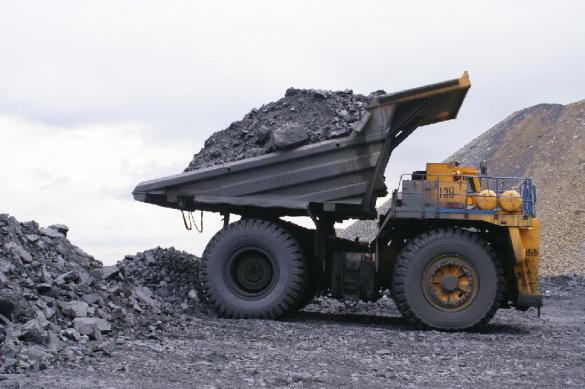 Before October 2013, Gramoteinskaya coal mine was a part of Evraz, but then it was sold for 10,000 rubles ($160 according to the current exchange rate - ed. note) to Britain's Lehram. In December 2013, the coal company, as reported by the administration of the Kemerovo region, went under the control of entrepreneur Alexander Schukin (he was involved in the case as a third party). At the same time, Lehram CEO Igor Rudyk, a national of Kazakhstan, was detained in Kemerovo for violating migration legislation. Two years later, the British company filed a lawsuit against the Mining Equipment Repair Plant to recognize the 2013 sale of the mine null and void.

"The court has decided to dismiss the claim," Judge Larisa Belyaeva said.

The Mining Equipment Repair Plant is under control of Kuzbass businessman Alexander Schukin. The current owner of the Gramoteinskaya, Cyrith Holdings Ltd., purchased the mine is 2014.

The proceedings on the case started in December 2015. According to court materials, a representative of the plaintiff insisted the sale of the mine was "concluded in the absence of special approval from a participant and under the influence of violence and threat." The actual situation was widely covered in the Russian media. The mine was bought from Evraz, owned by Russian oligarch Roman Abramovich. The mine was not bringing any profit after a mining accident in 2012. It required considerable investment to relaunch the mine, so Evraz was ready to get rid of the non-performing asset for the symbolic $160. Evraz even paid for the new owner to take on obligations for development.

Evraz sold the mine for 23 million rubles cash ($370,000), which remained on Gramoteinskaya accounts to pay salaries and taxes. As reported, Lehram Capitals Investments did not pay salaries to coal miners for two months. A pre-strike crisis was declared. The trade union of the mine intended to withdraw the miners who had not been paid for their work. The mine is the city's primary taxpayer for settlements nearby. Therefore, Lehram's salary and tax debts led to social tensions in the region. The new owner wired 23 million from company accounts within a week and did not start any declared repairs at the mine to fix problems, caused by the 2012 accident. The owner decided not to invest in development as was originally planned. Eventually, Lehram decided to assent the asset to another owner without returning 23 million rubles. In fact, the deal earned over 200,000% of profit to the British fund. However, Lehram turned out to be a British entity only owing to the place of its registration. There is no British national among directors and founders of Lehram, although it has Colombian and Russian nationals, as well as a citizen of Kazakhstan.

Alexander Schukin's representatives confirmed to pravdareport.com that after purchasing the Gramoteinskaya mine from Lehram, Alexander Schukin spent over 200 million rubles ($3.3 million) in 2014 for repairs and covering salaries and taxes. KPMG evaluated the Gramoteinskaya mine assets at 8.5 million US dollars in 2017, after the mine finally started working at full capacity as a result of Schukin's investment.

In mid-March 2016, the court of arbitration suspended the proceedings after Lehram sent documents to a court of general jurisdiction and tried to appeal against the actions of a notary who had certified the sale of the mine. Representatives of the British company obtained a waiver, and then refused to appeal.

In December 2017, The Financial Times reported that Lehram addressed to the Ministry of Justice of the Russian Federation seeking $500 million in compensation for damages. The company plans to go to a court of international arbitration, should the parties fail to reach an agreement. The key Russian media, including a nation-wide newspaper, the Komsomolskaya Pravda, saw a political context in the statement. As the relations between the Russian Federation and Great Britain continue worsening, Lehram tries to take advantage of the anti-Russian sentiment in the commercial arbitration in order to claim the investment that was one million times (!) the size of the original investment.

Opinions of the parties

Representatives of the plant, the mine, the notary and the entrepreneur said at a court session on Wednesday that the statute of limitations of the transaction, which was allegedly concluded under pressure, had expired. According to Yevgenia Shokheriva, a representative of the plant, the statute of limitations in such cases is one year. The transaction was concluded on December 18, 2013, and the lawsuit was filed on December 7, 2015.

In addition, representatives of the parties noted that the materials of the case lacked the original resolution of Lehram's sole shareholder. The decision allegedly limited the powers of the CEO of the British company to conclude deals. Previously, Lehram representatives, when challenging the transaction, claimed that Rudyk had no authority to conclude a contract for the sale of the mine. The defendant and representatives of third parties questioned the fact that it had been drawn up before the transaction - on October 31, 2013 - and demanded the original document should be presented.

The document was not provided. In addition, under the UK law, the general director (CEO) is entitled to make any decision on the current situation in relation to the company's business. In accordance with documents on the website of the British registry, Igor Rudyk was dismissed from the position of the general director soon after the transaction was concluded. However, he is still listed as one of Lehram's acting directors. This proves the fact that the alleged founder - Daniel Rodriguez - apparently has no claims against his employee.