Roskontrol, an independent non-state project in the field of quality control and security of goods and services, has carried out an independent examination of six Russian poultry firms. Experts found antibiotics, dangerous bacteria and traces of injections of brine, which is used to increase the mass of the product. 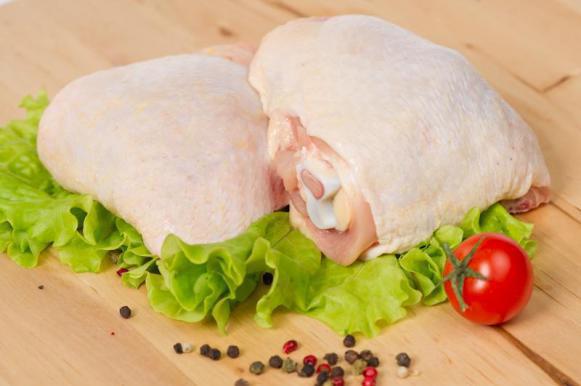 Almost all samples of poultry showed higher levels of microorganisms, which exceeded the norm 30 times at some of the samples. This indicates gross violations of sanitary rules and manufacturing technology or temperature regimes.

A sample of the product from a popular brand contained listeria - a bacterium that may cause dangerous diseases and deteriorate the nervous system.

Almost all chicken leg quarters had traces of injections of brine, which is used to increase the weight of the product. Some other samples of poultry produced an unpleasant smell and were poorly exsanguinated. The content of protein was lower than was indicated on the packaging in all but one samples.