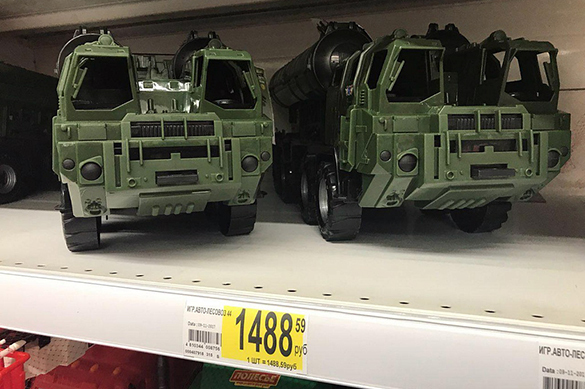 A Russian company that manufactures plastic products has unveiled a curious toy - a plastic replica of the renowned S-300 missile system. The toy is called "Rocket Installation 'The Shield'".

The model of the S-300 anti-aircraft complex assembled on the MAZ chassis can shoot plastic balls and comes complete with two launch mechanisms.

The photo of the toy with a price tag of nearly 1,500 rubles ($26) has gone viral in Russia and triggered vivid discussions among liberals, pacifists and nationalist Ukrainians.

It is worthy of note that Iran has recently tested the S-300 missile system. Iranian officials were delighted with the results of the tests and said that the Russian missile system destroyed the ballistic missile of the conventional enemy completely.