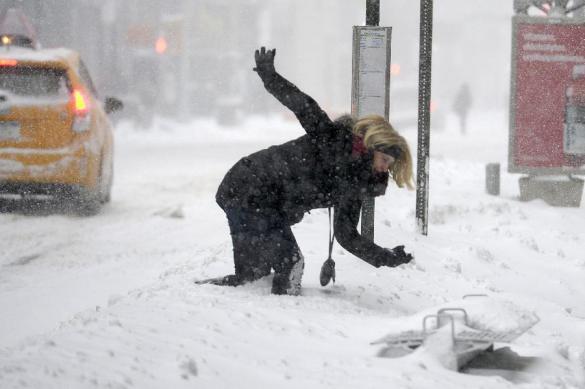 SwissPort, the company for ground services of Aeroflot flights at the airport of Washington, the USA, refused to service the flights of the Russian air carrier.

"Due to unfavorable weather conditions in New York and ensuing transport collapse at airports of New York and Washington, Aeroflot's ground services company in Washington, SwissPort, has not confirmed a possibility of servicing Aeroflot flights at the airport of Washington (IAD)," a message from the Russian air carrier said.

It was also said that Aeroflot was unable to specify the schedule of departures due to weather conditions on the East Coast of the United States.

The Governor of the State of New York, Andrew Cuomo, declared a state of emergency in the state due to extreme weather conditions.