The head of the Nizhny Novgorod region, Gleb Nikitin, following the results of working meetings at the Ministry of Industry and Trade of the Russian Federation, said that the head of the ministry,  Denis Manturov, signed an order on November 20 to allocate about 1 billion rubles from the federal budget to support seven regional projects in the automotive industry. The minister's order is currently going through the process of registration. 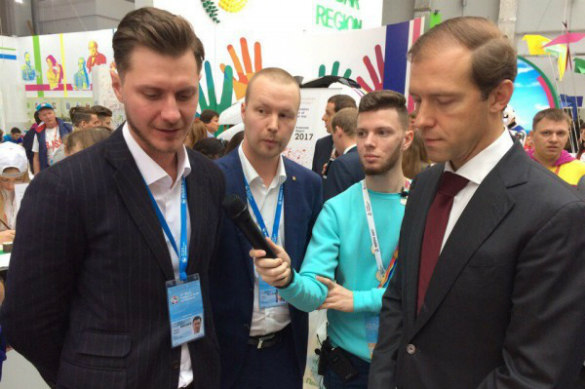 According to Nikitin, these projects are being implemented in the field of import substitution, and the commission of the Ministry of Industry and Trade recognised them as "prospective for the development of the domestic automotive industry." The ministry thus decided to include the Nizhny Novgorod cluster onto the official register of industrial clusters of the Russian Federation.

Acting vice-governor of the Nizhny Novgorod region said that the inclusion of the region on the federal register would let the companies participating in the Nizhny Novgorod industrial cluster count on federal subsidies for the implementation of import substitution projects. Those funds could then be used for research and development works, for the launch of a pilot batch of products or for the purpose to repay interest on loans granted for purchasing equipment.

The list of the projects that have received support from the state include the launch and modernisation of the production of polyurethane car interior parts, creation of constructions and production of automatic transmissions for road and off-road vehicles weighing 6.5-14 tons, as well as the production of isothermal vans from sandwich panels having improved thermal insulation properties and others projects.

Gleb Nikitin stressed out that "import-substituting projects remain one of the most prospective directions of industrial development, which is especially important for the automotive industry of the Nizhny Novgorod region."

According to the acting governor, "the development of the Nizhny Novgorod cluster will make it possible to create more than 4,200 new jobs in the region by 2020 and attract over 28 billion rubles in additional revenues to the budget." The region expects to increase the growth of its exports, which "is important not only to raise the prestige of the Nizhny Novgorod region in the world, but also to increase companies' profit," the official noted.

In terms of the industrial production growth, the Nizhny Novgorod region exceeded the average Russian level almost twice for the period from January to September of this year (according to Rosstat). According to the Russian Ministry of Industry and Trade, only 23 regional clusters of Russia have confirmed the effectiveness of their projects and have entered the official register of industrial clusters.