The launch of Apple's new iPhone X smartphone in Russia on November 3 has caused an unprecedented commotion in Moscow. About 500 people gathered near the doors of one of Apple's reseller stores on Tverskaya Street hours before the store opened its doors. 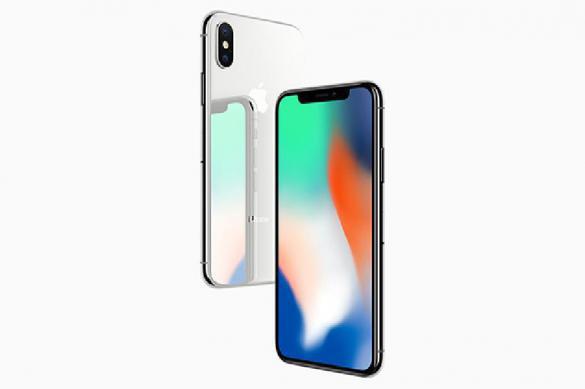 The line for the new gadget started forming a few days before the long-awaited date.

The new iPhone X became available in a number of stores in Moscow at 8:00 a.m. on November 3. Two hours before the opening, store employees started distributing bracelets among customers in the street, which were supposed to make the purchase easier as the bracelets contained the numbers and specifications of desired models of the phone.

As soon as the store opened its doors, only ten people were allowed to enter. One of the customers in the group, who introduced himself as Dmitry, said that he had been standing in the line for three days. The man purchased two gadgets for himself and for his girlfriend.

By 10.00 a.m. Moscow time, major retail chains have sold out the entire stock of Apple's new devices within the first hour after the start of sales. A new batch of iPhone X phones is expected to arrive within one or two weeks.

Apple introduced a new generation of its smartphones, iPhone X, on September 12. The device with glass panels and frameless display is available in two colors - silver and space gray. It comes with the new A11 Bionic processor and supports the technology of augmented reality. In Russia, the new iPhone X starts with a price tag of 79,990 rubles (about $1,400).

Moscow authorities provided a special bus to those people who were standing in lines when daytime temperatures would reach only 2-4 degrees above zero Centigrade.

"It does not matter what the young people are here for, we do not want them to get pneumonia in their pursuit of fashion," an official said.

One of the desperate customers had to be hospitalized after he had an epileptic seizure in the street. The young man was rushed to hospital in an ambulance.

People started joining the line for the new iPhone X two days before the new gadget became available in Russian stores. Some of them buy the new smartphone to subsequently sell it to someone else at a higher price. Others joined the line to sell their place in the line to others.