Cyborg from Russia became a star of Apple's special event

Apple held a presentation of its new products on September 12. The most anticipated one of them was, of course, the new iPhone X. 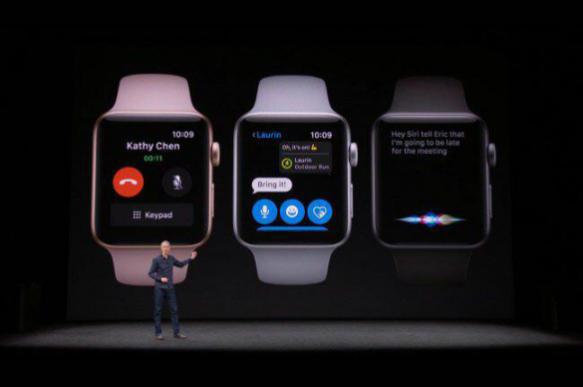 The presentation of Apple Watch Series 3 became a sensation as well. The new Apple watch attracted a lot of attention in Russia owing to the appearance of a Russian citizen, Dmitry Ignatov, in the promotional video to the product. Ignatov was immediately nicknamed "a cyborg from Russia."

Dmitry Ignatov is a popular journalist and TV presenter. He is a great fan of sports, especially swimming, for which Apple Watch Series 3 has special options.

When serving in the army, the young man lost his leg, when a S-300 missile system fell on him. "I approach my disability with humour," he said in a recent interview, adding that the high-tech prosthesis leg has earned him such nicknames as "robocop" and "transformer."

Apple Watch Series 3 is equipped with a powerful dual-core processor that enhances the work of the Siri system. The novelty will cost 329 dollars without cellular support and 399 dollars with cellular communication.