Russians spend half of their salary on mortgage

Expenses of Russian citizens on servicing their mortgage loans this year began to decline. As reported by the Bank of Russia, the ratio of mortgage payments to borrowers' incomes in the first quarter of 2017 made up 45% of the salary, having dropped by four percent in comparison with 2016. 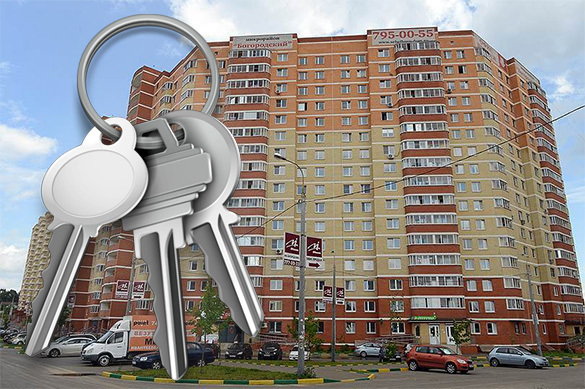 According to experts, this is due to decreasing mortgage interest rates against the backdrop of declining incomes of Russian citizens.

In addition, the National Bureau of Credit Histories said that the average size of mortgage loan increased by 4.2 percent compared to the previous year. Experts suggest that mortgage may fall in price by another 1-2 percentage points during the upcoming 18 months.

Due to the reduction in the key rate of the Central Bank, mortgage interest dropped to 11.68 percent by the end of the first quarter of 2017, whereas at the beginning of 2016 they amounted 12.92 percent.

It is worthy of note that Russians start taking out mortgage for longer periods.

From June 1, Russia's largest state-run bank Sberbank announced a reduction in interest rates on mortgage. For the time being, the decision applies to mortgage loans for the purchase of apartments in new buildings. The rate will now make up 10.7 percent. From June 5, rates will be lowered for other basic mortgage products by 0.2-0.75 percent, the bank's press service said to 10-11.25 percent. (for young families - 9.5-10.75 percent).