An industrial production of blueberries  - a unique production for Russia - was launched in the Nizhny Novgorod region. These berries are grown in the berry garden of LLC Rassvet in the Sergachsky district. In addition to blueberries, local agricultural producers plan to harvest raspberries, strawberries, wild strawberries and blackberries. 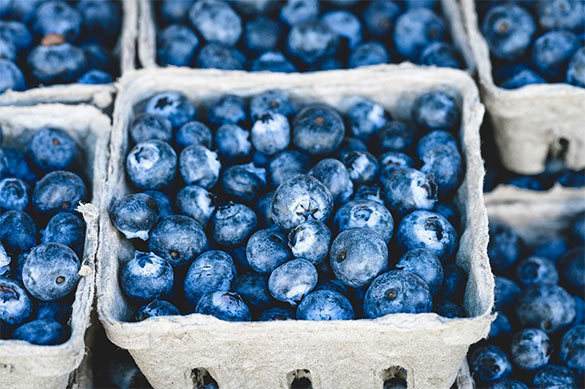 "Nizhny Novgorod residents normally buy imported frozen berries, but one needs to establish our own production of these products," Governor Valery Shantsev said when visiting the company.

The production of blueberries currently undergoes active development in foreign countries. The Nizhny Novgorod region will become a pioneer in this area in Russia as there are no other facilities in the country for the growth of blueberries.

According to representatives of LLC Rassvet, 50 hectares of the territory of the berry garden have been developed for the time being. They include 30 hectares of wild strawberries, 10 hectares of raspberries, 5 hectares of blackberries and 15 hectares of blueberries. In addition, almost 400 seasonal and permanent jobs have been created for the new production. The gross annual harvest of of berries is expected to reach 700 tons.

It is worthy of note that Nizhny Novgorod Governor Valery Shantsev approved a program for targeted support for agricultural producers in 2009.