The first meeting of creditors of Alliance Container, that formerly was a part of the Far Eastern Transport Group holding company (FETG), took place on 31 August 2016. The bankruptcy proceedings of the enterprise which debt amounts to nearly 260 million roubles last since November 2015. The aim of the meeting of creditors is to change the receiver of Alliance Container in order to identify the real reasons for the bankruptcy of a subsidiary company of FETG and to protect the creditors' rights. The assets (rolling stock) leased by the creditors were leased out free of charge by the company to the companies of FETG, in particular to FETG Container LLC. By the moment of settlements Alliance Container LLC accumulated losses and debts while the companies of FETG received all the profit. 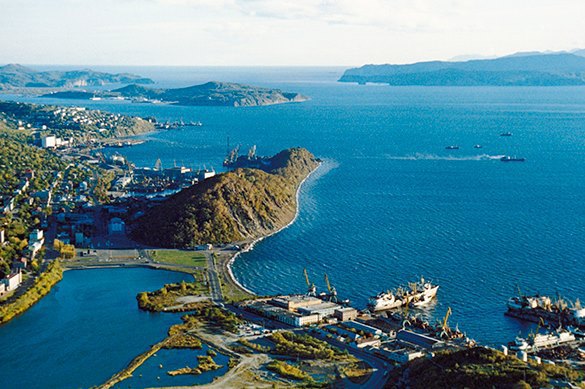 "Our aim is to join efforts and to give a fresh impetus to the bankruptcy proceedings of Alliance Container by means of bringing to responsibility of persons who actually made management decisions. In our opinion, it was FETG itself, headed by its self-perpetuating leader Raisa Nikolayevna Parshina, that is responsible for such decisions," says Denis Ignatov, Chairman of the Board of Directors of the Unified Collection and Factoring Company (UCFC), representing interests of T-Generation JSC, that is presently the principal creditor of Alliance Container. According to Mr. Ignatov, it is possible to create a unified collection pool consisting of real creditors of FETG holding company. The total debt load of FETG amounts to more than 5 billion roubles. Such companies as VTB, Sberbank, Gaztechleasing, and T-Generation JSC are the major creditors of certain companies of the group.

Collectors anticipate that the scheme used by FETG for other related companies, namely delaying the bankruptcy proceedings, introduction of creditors loyal to FETG and siphoning off of assets (as it probably occurred in case with the Nakhodka Fishery Seaport (NFSP), may be repeated. Instead of settlements with creditors, FETG at various times slowed down the bankruptcy of its enterprises and avoided making payments or delayed and reduced them through participants of the proceedings acting in its own interests. In order to prevent this outcome the creditors, first of all, plan to change the receiver. Presently, the functions of the receiver are performed by Oleg Vladimirovich Yudin, receiver for the bankruptcy of Yurganz LLC (a subsidiary of FETG), appointed at the initiative of the companies of the Group. The name of this receiver is found in other bankruptcy procedures related to the Group. The decision on the change of the receiver is taken by a simple majority of voices, and its adoption will not be hampered.

Also, in the opinion of collectors, due to the bankruptcy control methods used by FETG and involvement of front companies, such as Alliance Container, the interests of investors may be affected, namely Port Dalian, a Chinese government company, that plans to establish a joint venture with the Nakhodka Fishery Seaport, other subsidiary company of FETG. "Such actions of FETG endangered implementation of one the largest Russian-Chinese investment projects in the Far East. It is highly probable that the port will fail to perform its obligations to the Chinese partners, as it once happened with Korean investors that lost several million dollars on the container terminal construction project. Therefore, one of our tasks is to protect the investment attractiveness of the Primorye district and the image of Russia to the foreign investors," noted Dmitry Zhdanukhin, Director General of the Center for Development of Collection Activities and President of the Association of Corporate Collection Activities.

It is difficult to speak about a joint project with Chinese partners, taking into account the situation with FETG, since as yearly as in 2013 directly prior to its bankruptcy proceedings the port siphoned off the most part of its fixed assets, including buildings, structures, land plots and three berths owned by the port into the companies of FETG that are also undergoing bankruptcy proceedings (DV-Alliance Management Company LLC). Besides, this year the remaining six berths of the port were confiscated from Nakhodka Fishery Seaport on the basis of a court decision and returned to the government represented by FSUE The National Fish Resources. It is likely that the situation implies another "special operation" of FETG with engagement of Chinese partners and involvement of government authorities of the Russian Federation (Far East Development Corporation OJSC, the Ministry for Development of the Russian Far East)," says Denis Ignatov.

Presently, the UCFC jointly with the Center for Development of Collection Activities are waiting for the Investigating Committee to take a decision on institution of criminal case on the grounds of delay in salary payment to the employees of FETG Container, another subsidiary company of the holding company. The employees of the company have not been receiving their salary for several months which constitutes a criminal offence according to the laws of the Russian Federation.

"In case of such debtors only civil penalty methods may be insufficient. The total volume of the debt load of FETG is huge. It affects not only the interests of state banks and investment companies, but also the interests of average citizens. We intend to join efforts with other creditors and to hinder the illegal actions of the management of the holding company. We will suggest excluding participation of representatives of FETG from the work program of the Eastern Economic Forum, as one of the measures. Attracting foreign investments is an important point, by all means, but, it would be right to resolve the issues of own debts at first," resumed Denis Ignatov.