The controversial demarche of Economy Minister Aivaras Abromavicius and the  accusations that he brought against then first deputy head of Petro  Poroshenko Bloc, Igor Kononenko, of lobbying those "overlooking" most  profitable state-owned companies exposed a moth-eaten problems. 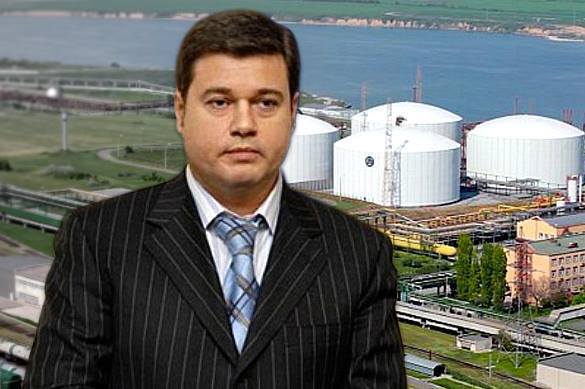 After the new government started working, ministers promised to look into  the old schemes that were widely used at various state-owned companies  during Yanukovych's presidency. Spokespeople for Ministry for Economy told Segodnya.ua website that during Aivaras Abromavicius' stay in office, the  heads of 42 key state-owned companies had been replaced. However, the  scandal that sparked between Abromavicius and Kononenko mentioned the names  of other state-run companies, such as Naftogaz, Ukrhimtransammiak and Powder  Metallurgy Factory. The head of the latter was replaced only a couple of  months ago.

Yet, the notorious CEO of Ukrhimtransammiak is still working. Abromavicius  had been trying to dismiss corruption inductee, former member of Party of  Regions, Viktor Bondyk, for more than six months. Bondyk has been serving as  the head of Ukrhimtransammiak (UHTA) for nearly a decade - the Ministry for  Economic Development says so, at least.

It appears that Bondyk is not concerned about what is happening. He  continues working and even maintains close cooperation with the Yanukovych  family. There are several criminal cases pending against Bondyk currently.

Bondyk has been heading UHTA since 2007 and has outlived seven relevant  ministers. There are legends about his discreditable practices at the  state-run enterprise. The acquisition of pumps and lifts for liquids for  55.4 million hryvnia in 2013 was quite a story. It seems all fine and dandy,  but the same equipment with identical technical specifications cost the  company 15.2 million hryvnia in 2010. The company's move to raise two loans  totaling $42 million from Amsterdam Trade Bank NV and Alfa-Bank became the  most high-profile scandal.

According to People's Front deputy, Tatiana Chernovol, the Office of the  Prosecutor General of Ukraine opened an investigation for acts of power  abuse and inappropriate use of credit funds committed by Bondyk. Tatiana  Chernovol told Segodnya.ua that the Office of the Prosecutor General filed  the cases against Bondyk only after her personal plea.

"Moreover, it was only after a personal conversation that Arseniy Yatsenyuk  had with Abromavicius, when the Ministry for Economic Development raised the  tariff for the transit of ammonia via Ukraine by nearly 30 percent in  September 2015. See for yourself: in 2010, pumping one ton of ammonia was  $2/100 km, while during Bondyk's stay in office the price was $0.5/100 km.  Bondyk had lobbied such tariffs at the Economic Development Ministry for  taking bribes from the Russian co-owner of JSC Togliattiazot, Sergei  Makhlai, who transits his ammonia via Ukraine," sources at the Cabinet told Segodnya.ua.  Sergei Makhlai is a prominent representative of the international criminal  world. He was born in Russia, but duly obtained several US passports for  Serge Makligh and George Mack. In the US, where there are tough practices  used against tax evaders, fraudsters and corrupt individuals, Makhlai is  most likely known as a respectable businessman. This is because Makhlai  prefers to run real business in his homeland - Russia, from where he moved  to the United States in 1994.

At long last, Russian law enforcement agencies evinced interest in the  shadowy schemes to withdraw $1.5 billion in money and assets from Togliattiazot.

In December 2012, a criminal case was filed under Article 159.4 of the  Penal Code of the Russian Federation - large scale fraud. By decision of a  Russian court, Makhlai and several of his associates had been arrested in  absentia and put on Interpol's wanted list. Yet, Togliattiazot continues to  operate, albeit not at full capacity. Its only export channel, the  Togliatti-Odessa ammonia pipeline, is controlled by Ukrhimtransammiak. This  is the reason why Makhlai spares huge money to bribe Bondyk.

Non-governmental organization Maidan Anti-Corruption Committee took efforts  to put Bondyk to grass at some point. At around the same time, an attempt  was made on the life of the vice chairman of the organization, Ruslan  Kalashnikov. The activist stayed alive, but the criminal case was swept  under the carpet.

Minister Abromavicius was unable to dismiss Bondyk as well, as he would  constantly be either on holiday or on medical leave. Abromavichus decided to  change the head of UHTA, at least officially, in early September, when he  posted on Facebook: "Ukrhimtransammiak CEO has outlived seven ministers.  And there is a plethora of questions to him. More than a month ago, I asked  him to write a resignation letter (i.e, it was July - Ed.). He's gone on  vacation."

According to sources at the Petro Poroshenko Bloc, Victor Bondyk was  repeatedly seen at the presidential administration, although it remains  unknown what he was there for. Here is another equally curious fact: the  disgraced Victor Bondyk is the compadre of the sitting head of the Security  Service of Ukraine, Vasily Gritsak.

As long as the heads of Ukrainian state-owned enterprises act as links at  international corruption chains, chaired by criminals such as Makhlai, any  attempts to take companies out of shadow are doomed to failure and so are  the efforts to hold fair and transparent privatization.