Ukraine's international reserves have fallen to a record low of $7.5 billion, according to the National Bank of Ukraine. 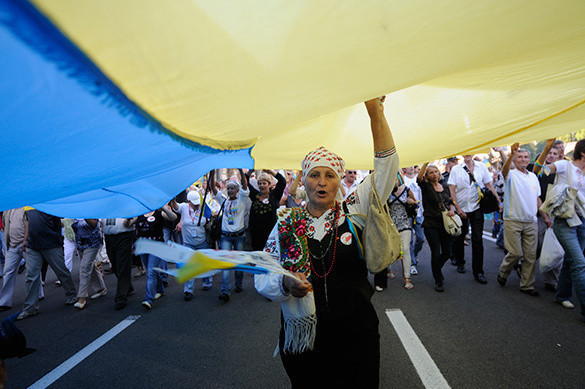 According to media reports, the amount of Ukraine's debt payments this year exceeds the amount that the country has at the moment. The reserves do not cover the amount of three-month imports. As a result, Ukraine is unable to pay Russia for natural gas and smooth out exchange rate fluctuations. Kiev hopes for international creditors, who do not hurry to finance the country yet.

According to Bigness.ru, the National Bank of Ukraine said in its report that as of the end of December 2014, Ukraine's international reserves had dropped by 24.4% as  compared to the previous month and made up $7.5 billion. The decrease marked a reduction of 2.7 times than in January 2014, when the reserves made up $ 20.4 billion.

Ukraine has shown such a low indicator for the first time in eleven years. The last time, when Ukraine's international reserves were near the current level was in February of 2004 - $7.63 billion.

Analysts give cautious estimates for the further development of the financial situation in Ukraine. According to them, the country needs to attract at least $10-15 billion from foreign creditors. The essence of IMF requirements remains unclear, but  it has already been said that the government will have to raise gas prices for population three or four times.