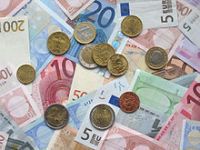 The Euro is growing weaker by the day and is nearing parity with the USD. Some analysts claim that the dollar could even overtake the Euro in the near future. The latest speculation appeared after the Euro dropped one half of a percent to $1.18, the lowest exchange rate for nine years.