Oil at lowest price since April 2009

Oil at lowest price since April 2009 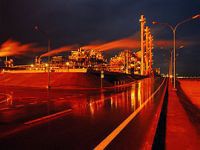 Crude oil reached a new low today, closing at 48 USD a barrel, the lowest point since April 2009, the result of a global glut in oil supply and a rising USD, meaning that demand is further restricted.

Apart from the supply and demand vector, analysts also point to other factors which are creating a bearish (tendency to decline) trend, namely a rising USD and another round of fears over the Greek Debt. The oversupply currently experienced in the markets has been aided by the increase in horizontal drilling and fracking in the USA as more and more natural gas hits the markets.