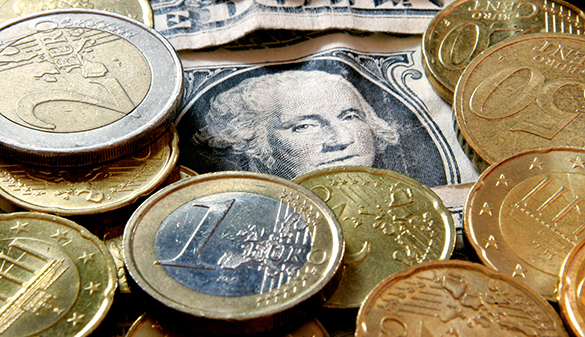 The National Bank of Belarus has faced the problem of the shortage of foreign currency, Interfax reports with reference to first deputy chairman of the regulator Taras Nadolny. "Aircraft with currency are going to land here soon," he said.

"Many complain that exchange offices do not have foreign currency. Now we are dealing with these issues. We have ordered currency in foreign banks," said Nadolny.

On December 19, the National Bank of Belarus temporarily imposed a 30 percent fee on the purchase of foreign currency by population and companies. Company and the banks will pay the fee when buying foreign currency on an exchange, while physical persons will pay it in the form of commission at credit institutions. The received funds will be wired to the state budget. It remains unclear for what period of time the new rule was introduced.

In addition, exporting companies are now required to sell a half of their foreign currency earnings to the state. Also, banks were recommended not to increase their credit portfolio in Belarusian rubles.

"These measures will increase the attractiveness of savings in Belarusian rubles, balance the foreign exchange market against the backdrop of increased demand on foreign currency and prevent the growth of speculative sentiment," officials with the National Bank of Ukraine said.

"There are no reasons to stand for hours in lines to currency exchange offices," Belarusian Deputy Prime Minister Pyotr Prokopovich said. He also noted that the devaluation of the Belarusian ruble will not happen.

Belarusian President Alexander Lukashenko, in turn, said that Belarus was suffering huge losses due to the weakening of the Russian ruble. However, he raised the issue of the possible devaluation of the Belarusian national currency. "Do not run around with the ruble from one exchange office to another, do not exchange it for currency, do not bargain, because it will have consequences," Lukashenko said, TASS reports.