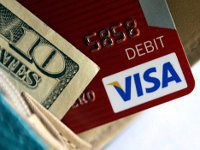 The Central Bank of the Russian Federation is ready to consider the introduction of liability for payment systems in the event they suspend servicing bank cards of natural persons. The move can be done in finalizing amendments to the law "On the national payment system," Izvestia wrote.

The adequate proposals are contained in an official response from first deputy chairman of the Central Bank, Alexei Simanovsky, to deputy inquiry from a representative of the Duma Committee on Budget and Taxes, Oksana Dmitrieva. The latter demanded the Central Bank should indemnify those who suffered losses from the actions of Visa and MasterCard. After the U.S. Treasury announced sanctions against Russian citizens and companies, the two payment systems stopped servicing the cards issued by bank Russia and its "daughters" - Sobinbank InvestCapitalBank and SMP Bank.

According to the Central Bank, the actions of the international systems affected hundreds of thousands of bank customers.