In the Nizhny Novgorod region, a meeting of the regional government was held to sum up the implementation of the comprehensive program for the development of small and medium-sized businesses in 2013. During the meeting, Governor Valery Shantsev criticized the work of the relevant ministry.

According to the Ministry for Support and Development of Small Business and Consumer Market and Services of the Nizhny Novgorod Region, three programs were implemented in 2013. It goes about the program for the development of small and medium entrepreneurship, the tourism development program and the program of the preservation and development of arts and crafts.

It was also noted that not all areas paid due attention to the development of small business on their territories, while awaiting for a large investor to arrive.

Governor Shantsev was proposed to start working on the establishment of production and agricultural business incubators in Krasniye Baki, Lyskovo, Kstovo and Dzerzhinsk.

In turn, Valery Shantsev noted that the issue had to be analyzed further on and had to go through discussions related to the introduction of proposals to the regional budget. 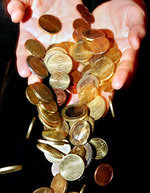 "We all have a common scheme of work over the budget of the region. If you want to build something in 2014, you had to make all land allocations before July 1, 2013, and prepare a thought-through and approved project. In this case, we would understand exactly how much money was required for each and every project. What are you offering us now? To assign money with no land allocations made and no documents prepared? There is money in the reserve fund is there, but you must prove that you can to realize this money," the head of the Nizhny Novgorod region said.

Valery Shantsev rigidly demanded all the documents for the project should be prepared in February.

"Co-financing will be provided to the projects that can be real in 2014, or to those that can be started in 2014 and finished in 2015. We do not need long-delayed construction," the governor said.