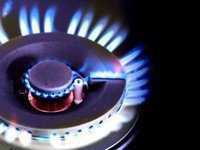 Russia has not received over $10 billion because of a discount on natural gas. The discount was provided to Ukraine in exchange for the agreement to extend the presence of Russia's Black Sea Fleet in Ukraine's Crimea.

Russian President Vladimir Putin said at a press conference following Russian-Italian talks that Russia had lost over $10 billion since the time the contract was signed. This money was left in Ukraine, Putin added.

Ukraine has been trying to revise the gas contract with Russia for several years already. According to Ukraine, Russia's price on natural gas is too high. However, according to the president of the Russian Federation, the Russian side has not discussed with Ukrainian partners a possibility to revise the current gas contract. In April 2010, Russia and Ukraine signed an agreement extending the presence of the Black Sea Fleet in Ukraine after 2017 for 25 years with an option to extend it for five-year period by mutual agreement. In return, Ukraine received a discount on Russian gas in the amount of $100 per 1,000 cubic meters.

According to co-director of the analytical department of Investkafe, Grigory Birg, "the price on Russian gas for Ukraine in 2013 makes up about $400-410 per thousand cubic meters. Earlier, Gazprom was ready to reduce it to the level of $260 per thousand cubic meters, but only if the Russian company would receive parity control over the Ukrainian gas transportation system."

Meanwhile, Ukraine sees nothing but a loop in the association agreement with the European Union, said President of Ukraine Viktor Yanukovych. According to him, should the agreement be signed, the country will find itself in need of support, as "economy is sick ."

"The signing of this agreement - what does it give us? Tens of billions of dollars into the stabilization fund? Some benefits for Ukraine? Who will answer this question? For the time being, we see nothing but the loop in it," said the president.

According to him, Ukraine has already made major concessions by taking up 21 commitments to Brussels and executing 19 of them. He also added that Ukraine hoped for assistance from the IMF, but received a "no" in return.

Earlier, Yanukovych stated that the economy of Ukraine weakened because of gas contracts with Russia from 2009. He also touched upon the question of Yulia Tymoshenko's release. According to the President of Ukraine, the former prime minister may ask to be released only after she fully compensates the damage that was caused to the country by her decision to sign the above-mentioned contracts.