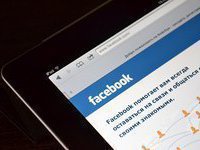 The report notes that the U.S.-based social network has not taken account of complaints from member of the Federation Council, Mr. Gattarov when making changes to "Regulations on the Rights and Responsibilities" and "Data Usage Policy" as amended on August 30.

The new rules of Facebook do not clearly define the purpose for the collection of users' personal data, as required by the European Convention for the Protection of Individuals with regard to automatic processing of personal data. Therefore, the new rules come in violation of the European and Russian legislation.

In addition, the company has not narrowed the grounds for the transfer of user information to third parties in accordance with requirements of the Federal Law "On Personal Data." In mid-June, the Federation Council held a meeting on the situation around the secret program PRISM, which allowed U.S. intelligence to connect to the servers of companies and gain access to user data, including the data of Russian Federation citizens. PRISM program embraced such major corporations as Google, Yahoo!, Facebook, AOL, Skype, Apple.