Russia to increase production of GMO despite scientific uncertainty 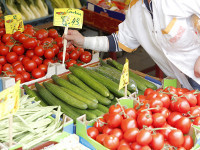 The Government of the Russian Federation approved a "roadmap" for the development of biotechnology and genetic engineering, to increase the production of GMOs. The move will be done to catch up with the rest of the world in this segment of the market. The document, posted on the website of the government, says that the global biotechnology market has been developing rapidly and is expected to reach two trillion dollars by 2025. Russia's share in the global biotechnology market accounts for less than 0.1 percent. Moreover, Russia does not manufacture genetically modified products in several segments of the market.

The plan is expected to be realized, despite the fact that scientists are still undecided, how the consumption of GM food affects the human body.