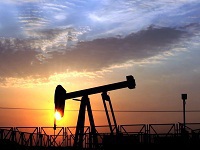 It was previously reported that Zoltav, owned by Roman Abramovich's 19-year-old son, was intended to acquire the oil company for the additional issue worth $26 million. CenGeo through its "daughter" - JSC Siberian Geological Company - possesses the oil production license at the Koltogorsky block in Western Siberia. The license is valid through 15 February 2033.

Zoltav is to invest additional $20 million in the development of the Koltogorsky block.