Russian Post can become better only in five years 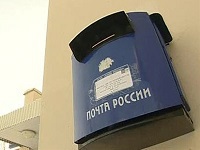 According to the plan from Russia's Communications Ministry, postal items within one and the same locality will be delivered in no more than two days. However, it will only happen in five years. Between different cities, delivery terms will make up five days. The number of Russians who are satisfied with the services of the Russian Post will grow up to 60 percent.

At present, on the basis of the plan, intercity and long-distance delivery terms make up seven and ten days respectively. Also, according to the ministry, only 15 percent of Russian citizens are currently satisfied with the quality of postal services.

In late May, the Office of the Prosecutor General of the Russian Federation filed 13 administrative cases against the Russian Post for the accumulation of parcels at Moscow airports.