Russian tourists prefer to be vegetables in Turkey

Many Russian tourists traditionally prefer vacations in Turkey, Egypt and several other countries. Meanwhile, in Russia there are numerous resorts on the virgin lands in Altai and Kamchatka that also offer a lot to see and experience.  However, it is mostly foreigners who come to visit those places. Online publication Russian Day tried to find out the reasons for this phenomenon from experts. 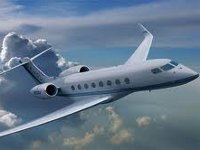 Why do Russians prefer holidaying abroad? TV presenter and traveler Dmitry Krylov believes that there are several answers to this question. First, it is a psychological barrier that is difficult to overcome for Russian citizens due to the lack of infrastructure. "Those who traveled at least a little they saw a minimum of how it should be, and we do not have it in Russia, unfortunately," he said.

Secondly, a cross-country trip to Kamchatka and Altai (the Far East) is quite expensive, especially when it comes to tourists from the central part of Russia. Most Russians have only one vacation a year, so it is easiest for many just to lazy around on the beach and do nothing, rather than go on a long and costly trip to the other end of the country to enjoy the beauty of Kamchatka.

Thirdly, the Turkish and Egyptian resorts have well developed PR-technologies. Russian resorts in Valdai, Kamchatka, and other such places spend a minimum of effort and finance on advertising campaigns.