Facebook's profits for the year 2012 fell by 95 percent to $53 million. In 2011, the figure was $1 billion. In the fourth quarter, Zuckerberg's revenues dropped by 79 percent, while expenses increased by 82 percent. 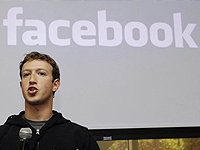 Facebook representatives explain this situation with higher expenses for research and development. However, there are positive aspects too. For example, advertising revenues in the fourth quarter were the highest in 2012.

As a result, Facebook's shares fell 3.5 percent at the end of trading after an initial decline of 11 percent.

Facebook's report indicates that in the fourth quarter of 2012, the number of people entering the social network from mobile devices has exceeded the number of visits from personal computers for the first time in the history of the company. Compared to 2011, the index increased by 57 percent - by $680 million.