Cash money to remain in circulation for 200 years

The amount of 100-dollar notes that have been printed in the United States this year has had a twofold increase in connection with previous years. According to experts, this is connected with the growth of the shadow economy. 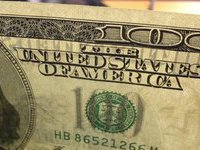 During the year ending on December 31, U.S. authorities have printed three billion 100-dollar notes. According to chief market analyst at ConvergEx Group, Nicholas Colas, cash assets take a special place in world finance, because a large amount of cash is a preference of drug dealers, arms traffickers and tax-evaders, said Finmarket.

Of all other bills, they give preference to hundred-dollar notes. The use of smaller bills, in turn, has begun to decline during the recent years, Economic News reports. This trend is associated with the growing use of bank cards. However, experts note, most Americans are very accustomed to cash, so cash money will remain in circulation for at least two centuries.