Nokia closes all stores in Russia

Finnish mobile phone manufacturer Nokia has officially announced that it was closing all of its flagship stores in Russia. The most effective sales channels for the company now are the Internet and a network of major retailers and service providers. 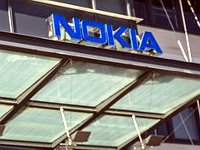 According to Nokia's representative in Russia, Lyudmila Semushina, the last single-brand shop will close in late July. The Finns will be developing other distribution channels, including Nokia departments in partners' networks.

The stores of the Finnish manufacturer in Russia were administered by Nosimo Company. The company will now work with Samsung. Instead of 43 Nokia stores there will be 40 Samsung stores opened in Russia.

For the time being, Nokia remains the largest supplier of mobile phones in the world. However, the company continues to lose ground. In Russia, Nokia took the lead on the number of handsets sold in the first quarter of this year. The Finnish phone maker had 38.6 percent of the market, while Samsung - 36,4 percent, Euroset said.

However, Samsung took the first place in terms of sales revenue.

In the meantime, Nokia continues to cut jobs. Moreover, the company plans to shut down offices in Germany and Canada and close a factory in Finland. All those measures should save the company about 1.6 billion euros.