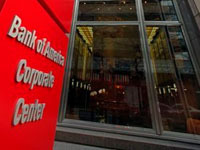 Bank of America, the nation's biggest bank, agreed to pay $85 billion to resolve claims made by bondholders that the lenders sold troubled mortgage-backed securities that soured when the housing market tanked.

The deal, which must be approved by a court, was announced Wednesday after a group of 22 investors demanded that the Charlotte, N.C., bank repurchase $47 billion in mortgages that its Countrywide unit sold to the investors in the form of bonds. The group, which includes the Federal Reserve Bank of New York and Blackrock Financial Management, argued that Countrywide enriched itself at the expense of investors by continuing to service bad loans while running up fees.

Bank of America, which bought Countrywide in 2008 for $4 billion, has denied those claims, informs New York Daily News.

The payout settles claims by just 22 investors who said Bank of America Corp. sold bonds based on substandard home mortgages. The bonds fell in value when the housing market collapsed and left the investors with losses on $424billion worth of mortgages. The $8.5billion settlement eclipses earnings from the past three years at the Charlotte, N.C., bank.

The uncertainty about just how bad Bank of America's mortgage issues might be has scared investors and led to a 31percent decline in Bank of America's stock price since January of last year, when Moynihan took over, reports Columbus Dispatch.

Bank of America still faces the prospect of billions of dollars in fines from U.S. and state regulators investigating foreclosure procedures. That mess could cost the company about $7.4 billion on a pretax basis, said Glenn Schorr, an analyst at Nomura Securities, says Los Angeles Times.