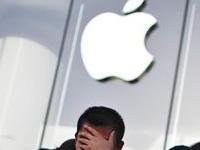 Jobs received a standing ovation as he appeared at Apple Inc.'s annual developers' conference, his second major public appearance since he went on medical leave in January for unspecified reasons and duration, informs Worcester Telegram.

Apple also unveiled a messaging system called iMessage that serves as a text-message replacement for users who are conversing on iOS devices. Users can send texts, photos and videos from an iPad to an iPhone, for example, and then view replies later using a synchronized iPod Touch or other Apple device.