Microsoft to buy Skype to gain its 663 million customers 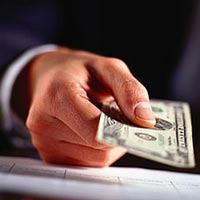 Microsoft Corp. is in talks to buy Skype Technologies SA to gain the world's most popular international calling service and its 663 million customers, according to two people familiar with the matter.

A deal would value Skype at about $8.5 billion and may be announced as early as today, said one of the people, who asked not to be identified because the talks are private, reports.

Analysts have broadly favoured the idea of the deal, but questioned whether it could ever be worth the price. Skype was bought by eBay for $2.6bn in 2005: at the time people suggested its services could be incorporated into auctions so that bidders or sellers could call each other ahead of their close.

But the synergistic ideas never materialised, and eBay wrote down Skype's value by $1.4bn, before selling off a 70% stake at the end of 2007. Ironically, the suggested price would make its 30% stake worth $2.4bn - effectively making money on the deal long-term.

Skype has debt of $686m, which Microsoft would assume in the purchase, according to.

Skype was founded in 2003. The Luxembourg-based Skype is owned by an investor group led by Silver Lake and which includes eBay Inc, Joltid Limited and Skype founders Niklas Zennström and Janus Friis, the Canada Pension Plan Investment Board and Andreessen Horowitz.

Skype's website says the service had an average of 124 million connected users per month in the second quarter of 2010. Skype users made 95 billion minutes of voice and video calls in the first half of 2010, approximately 40 percent of which was video, says.