Apple become the most valuable brand of the world 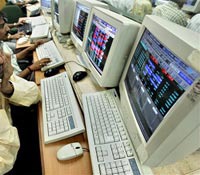 Apple's brand value climbed 84 percent in the past year to $153.3 billion, WPP's Millward Brown unit said. Google's brand lost 2 percent to $111.5 billion, ending four years atop the rankings, while International Business Machines Corp. climbed 17 percent to be the No. 3, ahead of McDonald's Corp., reports.

Apple increased its brand value by 84 percent between 2010 and 2011. The BrandZ index calculates brand value based on a number of factors, including an estimate of the brand's contribution to earnings, valuation of intangible assets, measures of customer perception, and an estimate of growth potential.

Millward Brown explained that Apple has succeeded in emulating brands of luxury goods. When the company makes its products more expensive, it actually increases their desirability, rather than decreasing it, according to .

The BrandZ Top 100 Most Valuable Global Brands ranking is based on both quantitative consumer research and financial analysis. Brands are ranked and their performances analyzed in 13 product sectors such as apparel, beer, technology and telecommunications services.

Of the top 10 brands in the ranking, six were technology and telecommunications companies. Alongside Apple and Google were IBM at number three, Microsoft at number five, AT&T at number seven, and China Mobile at number nine, reports.