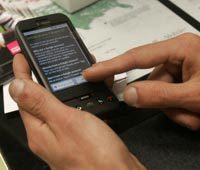 Samsung submitted complaints to courts in Seoul, Tokyo and Mannheim, Germany, alleging Apple infringed patents related to mobile-communications technologies, Suwon-based Samsung said in an e-mailed statement today. Steve Dowling, a spokesman for Apple, declined to comment and referred back to the company's complaint filed last week, according to.

The lawsuit filed in the Seoul Central District Court cites five patent infringements, claiming that the iPad maker infringed on five Samsung-owned patents in Seoul, Tokyo and Germany. However, Samsung has not given information on what technologies Apple allegedly infringed upon, reports added.

Samsung's lawsuit follows a patent infringement suit filed by Apple against Samsung saying that the Galaxy Tab tablet PC's infringes on iPad patents and that the Galaxy S is also similar to its iPhone. Apple has filed for injunctions and actual and punitive damages, reports.