China to buy $25 billion in US goods 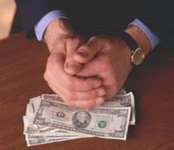 Chinese President Hu Jintao is scheduled to arrive in Chicago. The overnight stop follows his state visit with President Barack Obama where the two discussed human rights and the economy, among other topics.

The Obama administration, trying to build ties with an economic rival, said Wednesday that China would buy $25 billion in U.S. goods and had given final approval to a long-negotiated $19 billion deal for 200 Boeing planes.

The announcement came as Chinese President Hu Jintao arrived at the White House for a state visit with President Barack Obama.

The agreements could ease some concerns from Washington and Americans businesses, which contend China has hurt U.S. exports by keeping its currency artificially low. That makes Chinese products cheaper in the U.S. and U.S. products more expensive in China, The Daily News Journal reports.