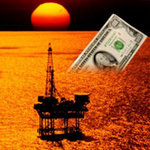 Oil rose to a two-week high above $85 on Monday after the European Union approved a rescue for Ireland and outlined a permanent system to resolve the euro zone's debt crisis.

Worries that a spreading crisis within the euro zone would keep a lid on growth and hence energy demand have helped pressure commodities prices over the last week, pulling down oil from a two year high of $88.63 on November 11, Reuters informs.

Ireland said it will pay average interest of 5.8 percent on the package, which breaks down into 45 billion euros from European governments, 22.5 billion euros from the International Monetary Fund and 17.5 billion euros from Ireland's cash reserves and national pension fund. The European finance ministers agreed a future crisis-management system won't automatically cut the value of bond holdings, Bloomberg says.