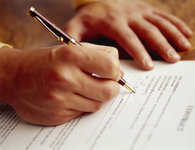 Chinese Prime Minister Wen Jiabao left Beijing on Monday on a tour of Russia and Tajikistan aimed at expanding strategic partnership with those countries.

During Wen's three-day stay in Russia, the two countries that have managed to endure the global financial crisis will sign several agreements aimed at strengthening political, economic, scientific-technical and humanitarian cooperation, RTTNews reports.

Russia will start export supplies of crude to China through a pipeline on Jan. 1, the Ministry of Foreign Affairs in Beijing said today.

Wen may seek to bridge a divide in pricing expectations under a gas supply deal. The gap is about $100 per thousand cubic meter, Gu Jun, deputy director-general of the international department at China's National Energy Administration, said on Nov. 18.

The Chinese premier and Prime Minister Vladimir Putin had dinner yesterday in St. Petersburg before official talks today, according to the Russian government's website. Wen is scheduled to meet with President Dmitry Medvedev in Moscow, Bloomberg says.