Average Price on Cigarette Pack To Reach $9.20 in New York

New Yorkers who like to smoke will have to dig a little deeper to light up next month, after the Legislature passed a bill on Monday that will give the state the highest cigarette taxes in the country. 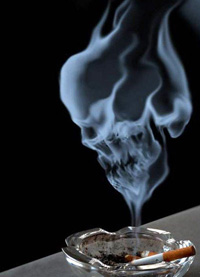 Average Price on Cigarette Pack To Reach .20 in New York

The new law, part of an emergency budget measure to keep the government running, adds another $1.60 in state taxes to every cigarette pack sold starting on July 1, pushing the average price of a pack to about $9.20, New York Times says.

By comparison, a pack of cigarettes sold in out-of-state border towns would range from about $6.45 to $7.85. And more smokers might opt for tax-free packs sold by Indian tribes and smugglers.

New York 's Legislature on Monday also sought to reduce the sale of tax-free cigarettes from tribes to non-Indians. That goal has eluded three previous governors and prompted threats of violence in the 1980s and 1990s, including the temporary closing of the state Thruway through Indian land when it was blocked with burning tires and debris, BusinessWeek informs.