Crude oil futures pared early losses after hitting their lowest level since last September as sentiment remained weak with the U.S. dollar continuing to strengthen amid fiscal concerns in Europe. 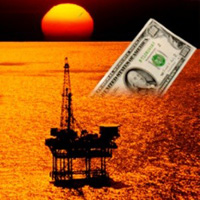 On the New York Mercantile Exchange, light, sweet crude futures for delivery in June traded at $68.38 a barrel at 0723 GMT, down $1.03 in the Globex electronic session. July Brent crude on London's ICE Futures exchange fell $0.75 to $73.68 a barrel, Wall Street Journal reports.

The Organization of Petroleum Exporting Countries is “tense” about the decline in oil prices and may call an extraordinary meeting if the fall continues, Angolan Oil Minister Jose Maria Botelho de Vasconcelos said yesterday.

Supplies of distillate fuel, a category that includes heating oil and diesel, climbed 1 million barrels from 153.8 million, according to the survey. Gasoline stockpiles declined 900,000 barrels from 222.1 million the prior week, BusinessWeek says.