In about a month, holders and users of credit cards will be able to gain various new protections under the many regulatory reforms that have been designed specifically to improve credit card disclosures and end all abusive practices, but these changes in rules and the protection offered will also have their set of repercussions. 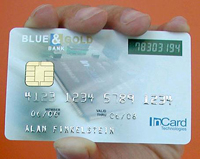 According to Ken Clayton, General Counsel for the American Bankers Association, the new legislation "ushers in a new era of consumer protection and empowerment, (but), it is hard to overstate how broad and deep this rule is".

The many new regulations, which are a part of the Credit Card Responsibility and Disclosure Act of 2009, are all set to take effect starting February 22.

Despite the fact that consumer advocates in general are very pleased with the regulations, the banking sector has been sending out warnings that these are bound to have some tough consequences for consumers.

With new restrictions on interest rates, card issuers' ability to act upon a borrower's credit risk will be highly limited, and this means that people with poor credit histories will find it difficult to qualify for a credit card. Also, customers should expect new types of fees and rates.