GMAC to Get Another Financial Infusion

According to people familiar with the situation, GMAC Financial Services will get approximately $3.5 billion in additional aid from the U.S. government. The company has already received $12.5 billion since December 2008. 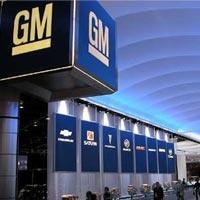 GMAC to Get Another Financial Infusion

The announcement, expected within days, will coincide with GMAC taking additional steps to absorb losses related to its mortgage operations, these people said. The cleanup is designed to return the Detroit-based finance company to profitability in the first quarter of 2010, according to one of these people.

A GMAC spokeswoman declined to comment on any potential government action but said, "GMAC has been conducting a strategic review of its business and evaluating options to address the challenges in its mortgage operation." The spokeswoman said GMAC wants to prepare itself to repay the U.S. government.

The willingness by the U.S. Treasury to deepen taxpayer exposure to GMAC reflects the troubled company's importance to the revival of the auto industry. The company was told to raise additional capital as part of government-led stress tests of large banks conducted earlier this year. The tests were to determine whether firms would need more capital to continue lending if the economy deteriorated in 2009 and 2010, The Wall Street Journal reports.

It was also reported, the Treasury report added that GMAC's needs are now less than originally expected in part because the impact from the bankruptcies of General Motors and Chrysler were not as harsh as regulators predicted.

Still, GMAC, which provides financing for General Motors and Chrysler and their customers, lost $5.3 billion in the first nine months of 2009, as demand for cars remained tepid and previous loans continued to go sour.

If GMAC receives the additional taxpayer money through the Troubled Asset Relief Program, it will be the first big injection to a single company in several months, as firms such as Bank of America, Citigroup, Wells Fargo and GM have announced plans to repay their loans, CNNMoney.com reports.

Meanwhile, GMAC replaced its CEO last month and asked Treasury to hold off on making the new capital infusion until the new management team could review the situation.

"As we stated on Nov. 9, Treasury is in discussions with GMAC to ensure its capital needs, as determined last May by the stress tests, are met,'' Treasury spokesman Andrew Williams said.

Treasury Secretary Timothy Geithner said on Dec. 10 it was necessary to infuse more capital into GMAC for the health of the financial system, MiamiHerald.com reports.